DLP vs LCD
DLP Projector can project a beam of higher uniformity, and the light uniformity of the forming surface is greater than 90%. With an LCD printer, the light source is always on, which gives light leaks, even on dark pixels.

Durability
Thanks to DLP® technology, Anycubic Photon Ultra's light source system does not need to be replaced as often as an LCD 3D printer and has a life span of over 20,000 hours, 10 times longer than the 2,000 hours for LCD monochrome screens. 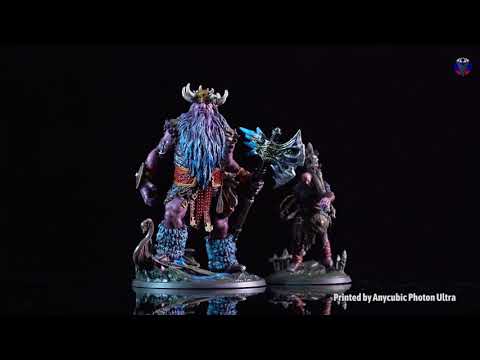 Energy Saving
The rated power of Photon Ultra is as low as 12W, which is about the power of a normal light bulb and only 1/5 of the 60W power of an LCD 3D printer.

Whisper Quiet Printing
DLP printers release less heat due to its low power consumption. The heat dissipates through a radiator without containing a cooling fan to ensure a whisper quiet printing environment for users. 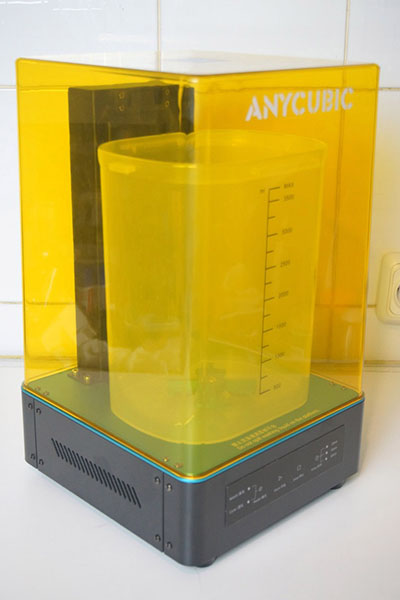 Precision Is The Key

As the world’s 1st DLP desktop 3D printer, Photon Ultra is the most precise consumer 3D printer around the globe. 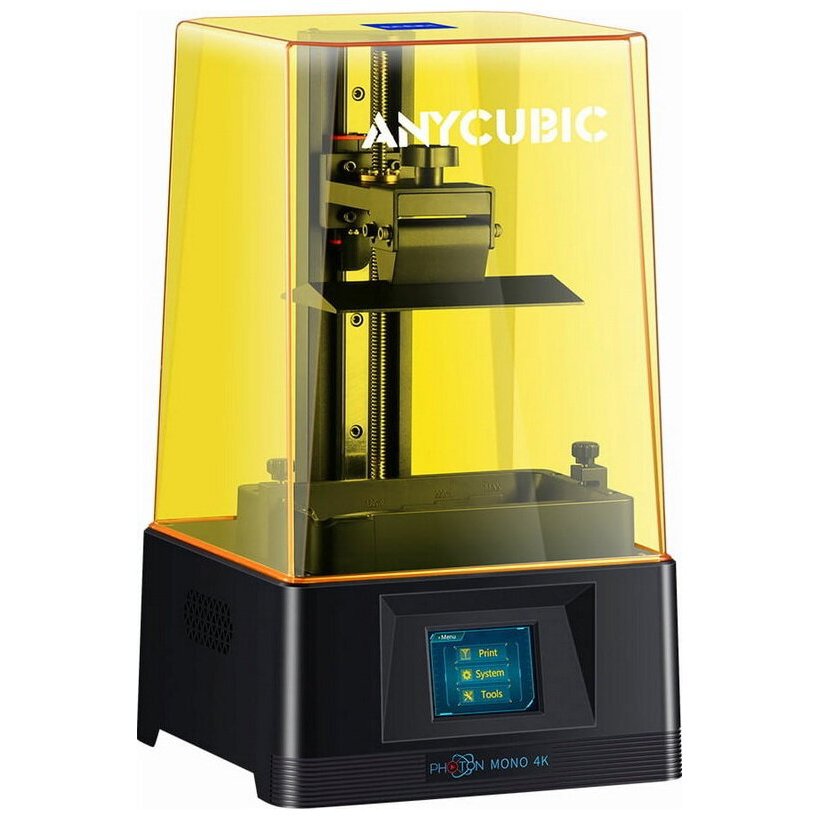 Co-engineered with Texas Instruments, Anycubic is proud to be the pioneer of introducing Digital Light Processing (DLP) technology into desktop 3D printer industry and bring the best 3D printing experience to our customers.

In addition to high-precision, DLP technology also pushes the durability of consumer 3D printers to the next level. Longer durability means less maintenance and fewer costs, making it a wise choice in the long term.

Save Energy While Printing

Because of its higher efficiency, the Photon Ultra Doesn’t need a mechanical fan, using less power and wasting less light and heat. Unlike LCD printers, the Anycubic Photon Ultra doesn’t need frequent screen replacements, saving you money and saving the planet from e-waste. The power consumption of the DLP printer is 60% less than LCD.

Instead of a laser, a digital light projector is used to cure the resin in a DLP printer. It projects images of entire layers onto the vat’s bottom. A digital micromirror device (DMD), which consists of hundreds of thousands of small mirrors, is used to selectively guide light. DLP printers send direct, concentrated beams of light, producing up to 90% uniformity in the projected image.

In LCD printers, the UV light comes from an array of LEDs shining through an LCD.  A screen acts as a mask, revealing only the pixels necessary for the current layer. The light from the flat LCD panels shines directly on the build area in a parallel pattern. This indicates that the LCD printer’s print quality is determined by the LCD density. The higher the number of pixels, the better the print quality. 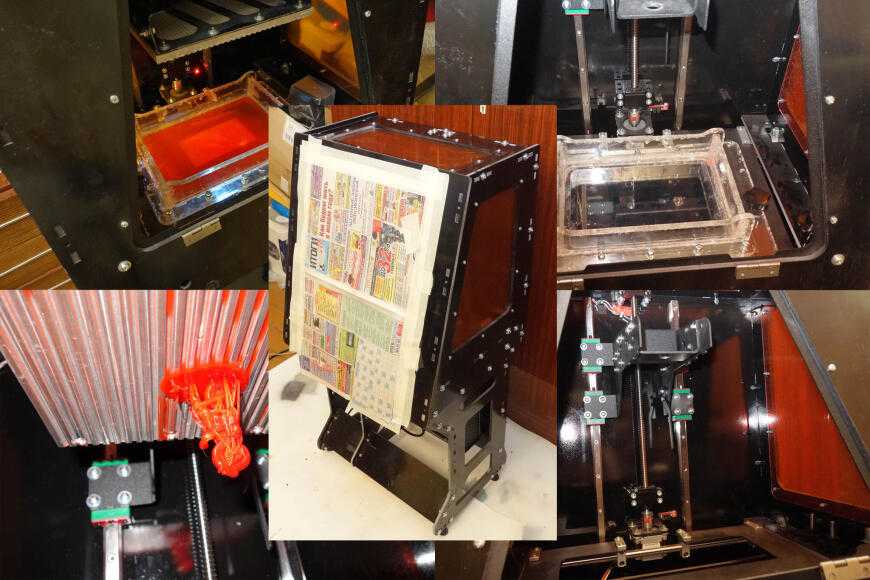 Prints made with Photon Ultra

On our launch on Kickstarter, the first 100 backers will get 33% off. To secure your Super Early Bird reward, fill in the form below to subscribe to our updates and get an instant notification when we launch! 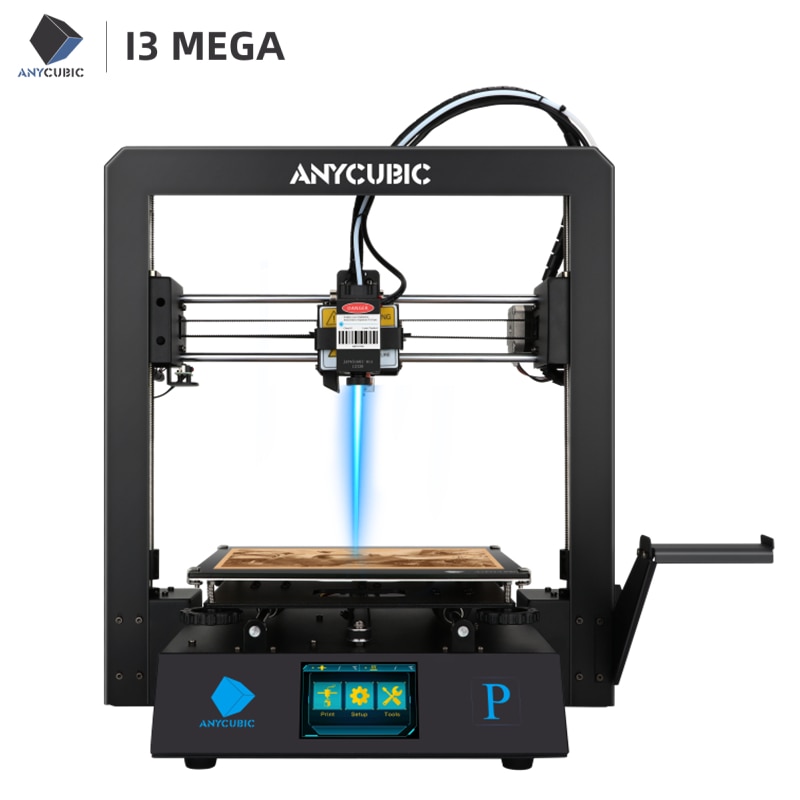 With this new DLP technology, Anycubic is embracing and pushing a significant change in the 3d printing world and is aimed to make this expensive technology more accessible for its customers. The printer will debut on Kickstarter from Sep 14th (11 AM EST/4 PM UK/5 PM Europe/11 PM Hong Kong) to Oct 14th at a price of just $US399 for the first 300 units, $US459 for 500 units and $US499 for 2000 units. After the Kickstarter campaign concludes, the retail price will be $US599."

Anycubic 3D printers have been popular with people from all walks of life, especially its first desktop LCD printer Anycubic Photon released in 2017. Due to the continued support from our customers globally, the printer soon climbed our best-selling list 3D printer and founded our base of resin 3D printer line-Photon series.0003

To meet customers’ increasing demand for a longer lifespan and higher precision of 3D printers, we plan to upgrade our products. In addition, most DLP printers on the market are industrial level costing thousands of dollars, leaving many creators unable to realize their ideas with this incredible technology. 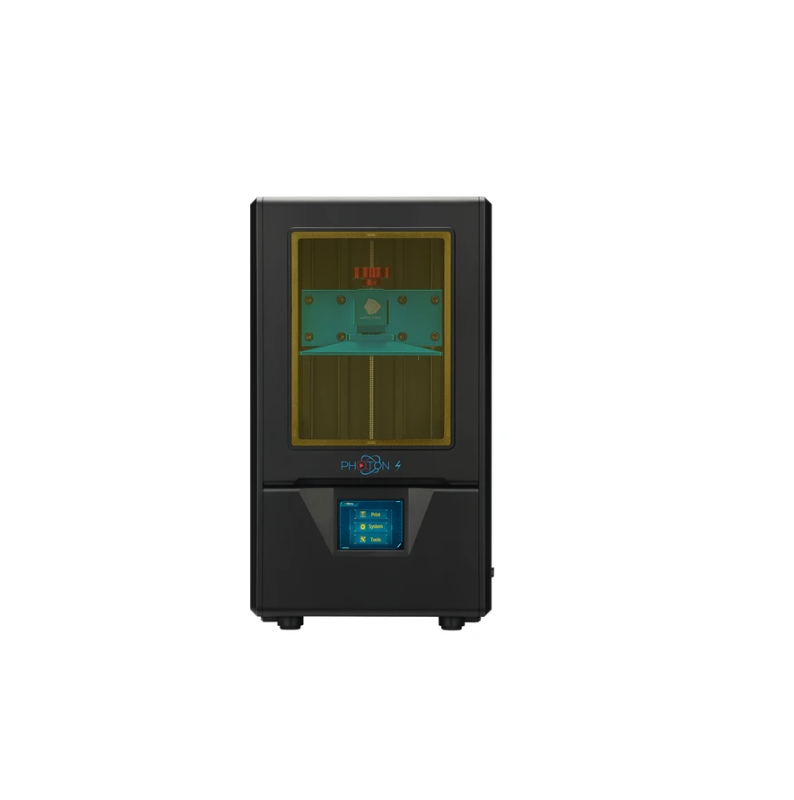 That’s why we introduce the Anycubic Photon Ultra 3D printer to shatter these barriers and unleash a revolution at the intersection of creativity and technology. Now, anyone can enjoy the precision, details, and durability that are brought by DLP technology.

Anycubic Photon Ultra comes with Texas Instrument’s latest DLP technology. It has a powerful light source that throws UV light at a DLP chip compared with the LCD 3D printer. The DLP chip is an array of hundreds of thousands of tiny mirrors that can reflect the incoming light rays.

There are some benefits to this approach.

Firstly, since the Anycubic Photon Ultra uses a digital light projector to cure the resin, it can deliver light more evenly with uniformity 5%-15% higher than LCD printers. So it will bring you a considerable improvement in the model's details and texture. 3dprinterly.com also proved it in the product review, saying, “The introduction of the DLP technology to average users is a massive step in the right direction for resin 3D printing, and the precision we can reach is remarkable. 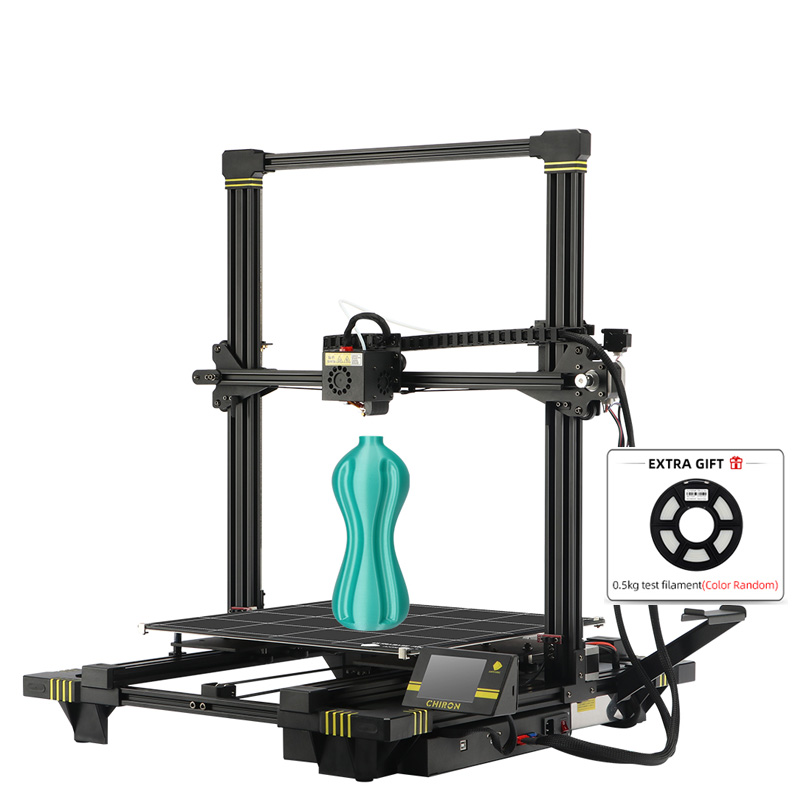 Secondly, the Anycubic Photon Ultra will help you save big on screen replacements because the DLP system will make the machine last over 20000 hours, 10X longer than LCD printers. That means you will release from the pain of replacing LCD panels frequently. And postpone the future demand to replace your 3D printers.

Another benefit is energy saving. In an MSLA system, the light source is typically an array of LED lights. However, there's usually a single light source in a DLP system, which is more efficient. Only 12w are consumed during operations for the Anycubic Photon Ultra, compared to up to 60w for MSLA systems.

“Apart from these three benefits, the Anycubic Photon Ultra also serves many other benefits such as better adhesion, user-friendly interface, etc. We were so excited when we finished it because we tackled the most challenging issue in the developing process - balance the print quality and price, even though we face the rising cost of electronics and chips caused by the COVID-19pandemic. Thus we could spread DLP technology on the desktop 3d printer market. 3D printing is changing the way we build and create, and we will go farther than before with our Anycubic Photon Ultra, said James Ouyang, Vice President of Anycubic.”

About Anycubic:
Anycubic is a leading company in the 3D printer industry, which specializes in 3D printer R&D, manufacturing and sales. We provide many affordable, high-performance and smart printers for different kinds of customers, consumers, hobbyists, schools and product designers. Since its establishment in 2015, we have been committed to propelling 3D printing technology so as to enable people from all walks of life to unleash their creativity and turn their imagination into reality.

This page has been translated using machine translation. Suggest the best translation 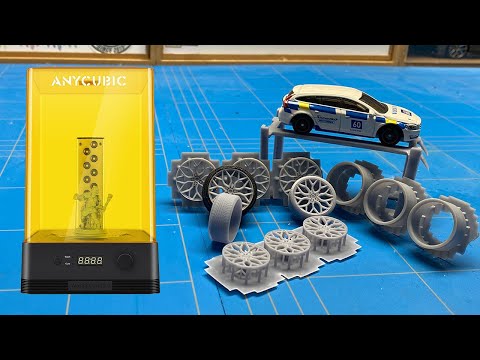 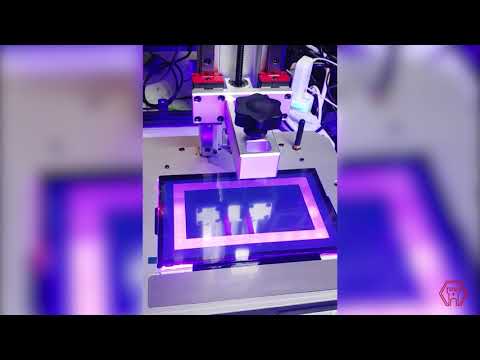 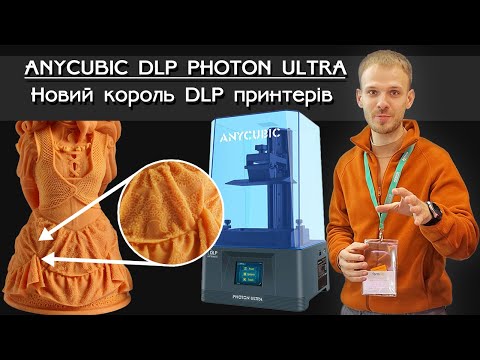 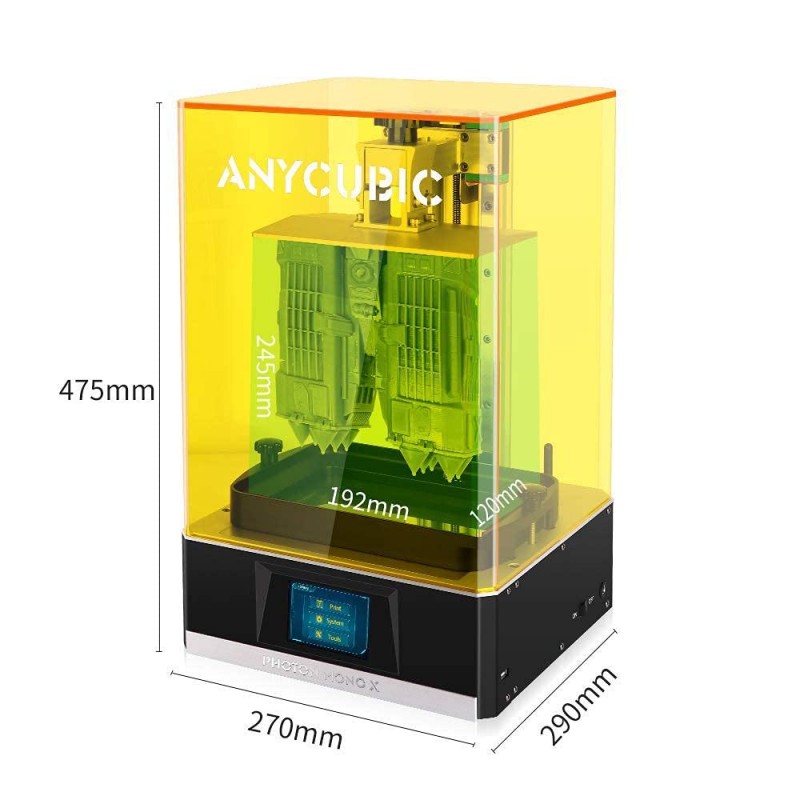