The da Vinci Mini offers a perfect entry point for beginners and students to explore 3D printing, thanks to simplified controls and a user-friendly workflow process.

Read the full description below

Notes from the Workshop:
With the XYZprinting STEAM program, students and beginners can quickly get acclimated to 3D printing in science, technology, engineering, math, and the arts.

XYZprinting’s da Vinci Mini is part of its Beginning line of products, ideal for young makers, students, and part-time hobbyists who require an easy and affordable way to get started with 3D printing. Using a seamless, one-touch control process, the da Vinci Mini features an automatic filament loading system, color coded indicator lights, and a simplified overall workflow for beginners. With its intuitive auto-calibration system, the da Vinci Mini performs instant bed leveling prior to each 3D print. It can connect wirelessly to computers in homes, offices, and classrooms, reducing the need for USB cable clutter.

Made with a rigid plastic housing and supported by steel components, the da Vinci Mini 3D printer offers a stable, vibration-free extrusion process in order to ensure accuracy. The aluminum build plate helps promote surface adhesion in order to prevent warping and curling. All of the printer’s precision components have been carefully designed to ensure consistent and trouble-free 3D printing.

The da Vinci Mini’s build area measures 5.9” x 5.9” x 5.9”, allowing it to work with objects such as toys, small prototypes, jewelry, and more. The external drive system pushes filament toward the single extruder hot end, simplifying the process for beginners. 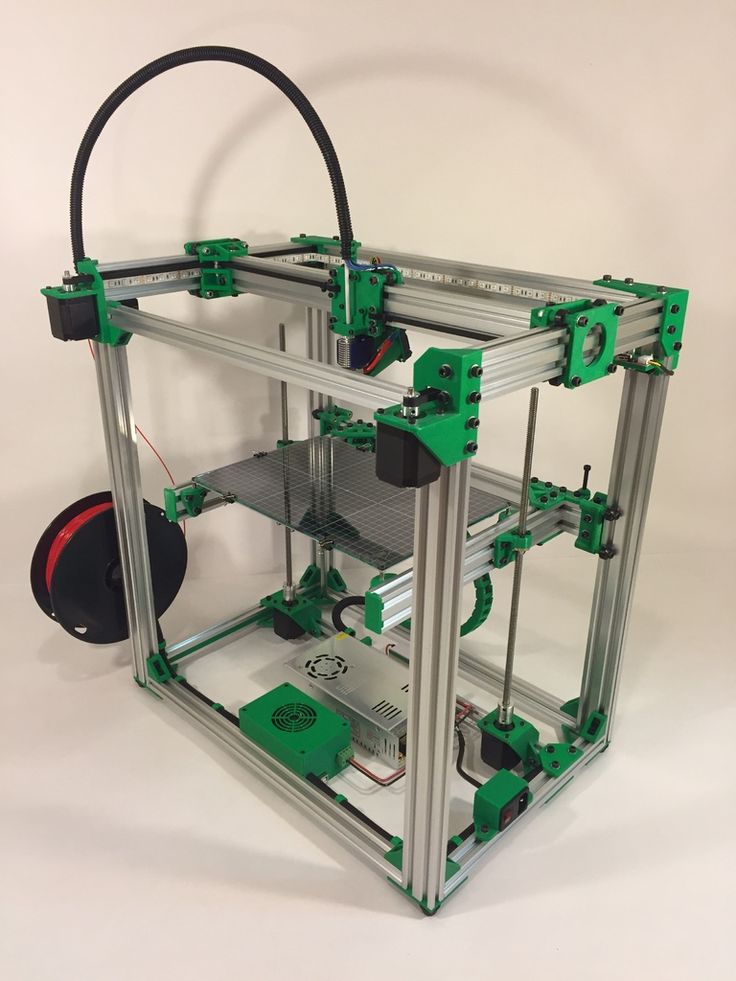 The da Vinci Mini 3D printer is capable of printing between 100 micron (0.1 mm) and 400 micron (0.4 mm). Users should be aware that the finer the resolution, the slower the overall print speed.

The da Vinci Mini is available in two colors, orange and black, and red/yellow/blue. The red, yellow, blue color scheme is designed to complement the atmosphere of younger classrooms.

XYZprinting is a leading provider of affordable desktop 3D printers for homes, offices, and schools. Backed by a variety of 3D printers and accessories, the company strives to make 3D printing affordable and accessible to the masses.

Dedicated to bringing ideas to life Until now most users outsourced these parts due to high cost of machine acquisition. The MfgPro230 xS brings this capability to every prototyping user at an unprecedented value.

The MfgPro236 xS with polyamide 6 (PA 6) powder expands the range of rapid prototyping applications to higher temperatures, especially in the automotive and electronic industrials. Upgrade printing speed up to 22 mm per hour with shorter cooling time, the MfgPro236 xS spares less printing time and delivers high-quality parts you need.

The PartPro350 xBC offers cutting edge printhead technology that delivers industry leading color part productivity. With speeds up to 18 mm per hour for a fully loaded build volume, the PartPro350 xBC is 150% faster than other color binder technologies.

A digital micromirror device is used to reflect and focus ultraviolet light (UV) on the surface of the photosensitive resin polymerized in a layer-by-layer manner. 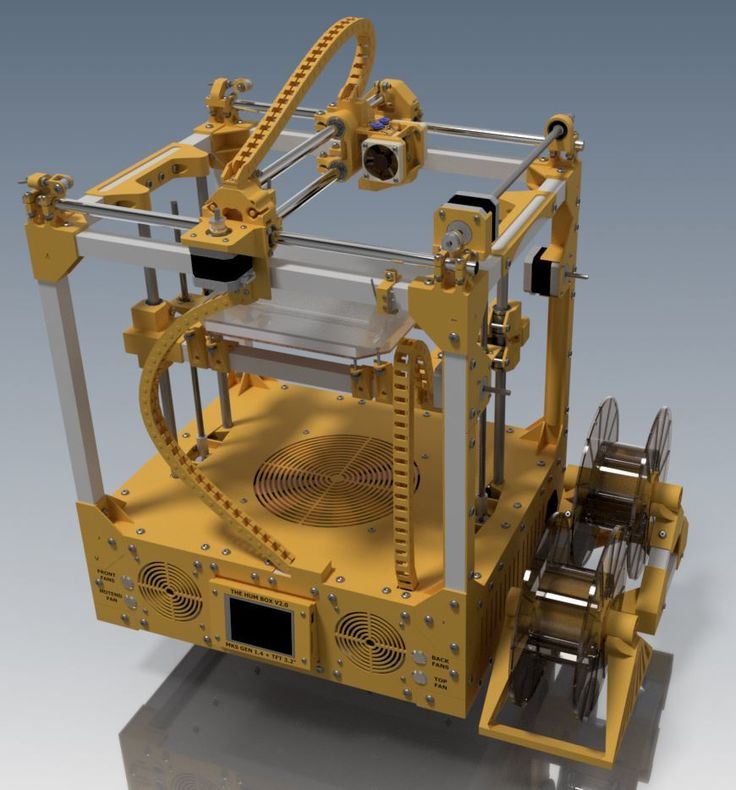 High resolution for those small parts where accuracy and details are critical.

A digital micromirror device is used to reflect and focus ultraviolet light (UV) on the surface of the photosensitive resin polymerized in a layer-by-layer manner. 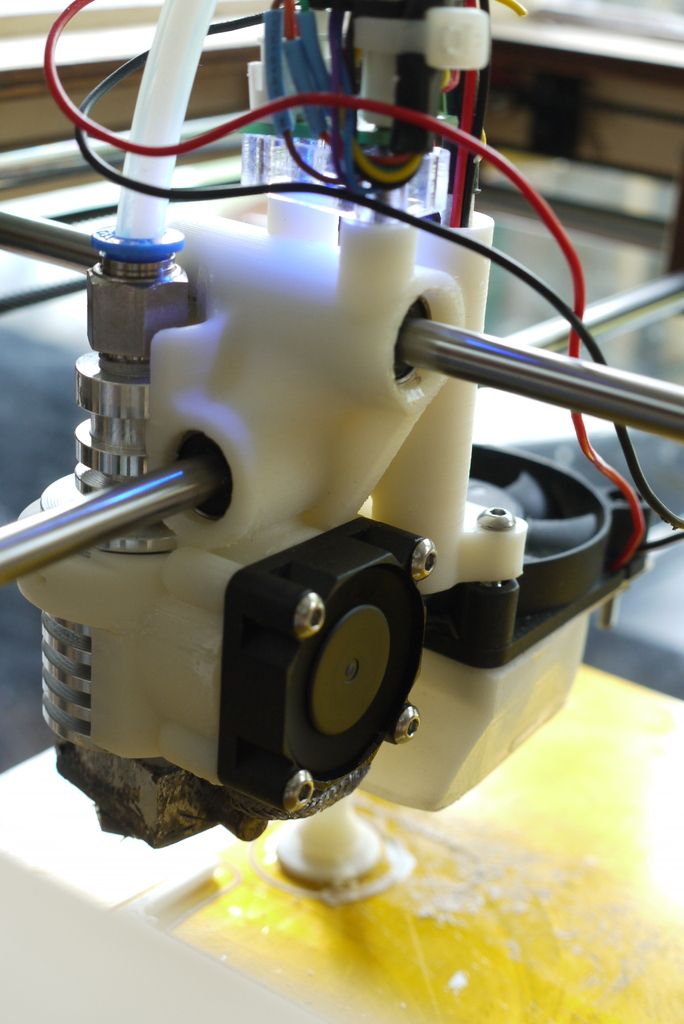 Designed for Ease of Use and High Performance

The pro grade XYZprinting PartPro300 xT FFF 3D printer is designed for rapid prototyping of high performance parts. It is compatible with multi advanced material such as Carbon Fiber, Metallic, and water-soluble materials which allows it to provide the needs of material characteristics requirements. We, iGo3D Russia, are the official distributor of XYZprinting products in the Russian Federation and the countries of the Customs Union, and today we will tell you about another significant step in the development of FDM 3D printing technologies.

They were the first to announce a desktop FDM 3D printer with full digital gamut!

We present you: ' da Vinci Color '

How does it work?

The 3D printer uses a unique ink module with CMYK color profile and ink cartridge system. And together with the printer, proprietary software is used for processing, painting and preparing models for printing.

Technically, the da Vinci Color is sort of a hybrid between an inkjet and a 3D printer.

A word about XYZMaker software

This 3D modeling software has a large set of objects and editing tools that you can combine and use with each other to create stunning designs. 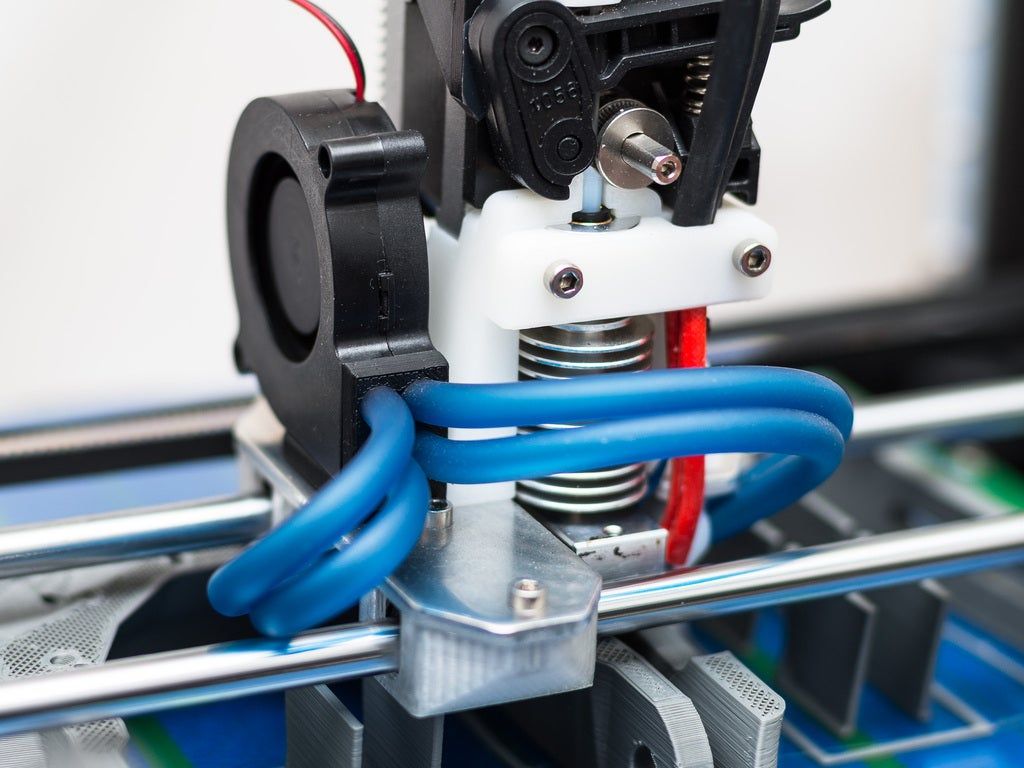 XYZmaker has the function of combining with the da Vinci series 3D printer from XYZprinting, being at the same time a slicer.

Solution for designers and print-to-order.

da Vinci Color is a powerful and economical solution for small business owners. Thanks to the use of PLA filament as the main consumable material, you end up with a ready-made, color model that does not need post-processing. This 3D printer will fit perfectly into any custom 3D printing service, as it significantly saves time in the production of a full-color product.

Also, one of the interesting innovations is the platform: EZ-Removable Print bed .

This is a special, sandwich-like, flexible design designed to make it easier to remove the finished model.

So, the main features: