In 1974, the world of puzzles changed forever with the introduction of the Rubik’s Cube. This puzzle, for anyone who has managed not to have seen one yet, is a cube constituted by smaller squares that can be twisted and shifted with the goal of getting one solid color on each side of the cube. Since then, we’ve witnessed some incredible puzzle solving skills, like a 14-year-old who solved the Rubik’s Cube in under six seconds.  Some 3D designers have also broken new ground, as they attempt to 3D print large cubes that are still functional. Most recently, “corenpuzzle” has managed to design and 3D print a 22 x 22 Rubik’s Cube that is even larger than the previous record holder Dutch puzzlemaker Oskar van Deventer’s “Over the Top Cube,” which measures 17 x 17.

For a brief history of the 3D printed Rubik’s Cube, we first turn to Oskar van Deventer who holds a Guinness World Record for his 17 x 17 Cube. Completed in 2011, van Deventer received acknowledgement of his world record and has comfortably maintained this record for almost five years. But now the record has recently been outdone by corenpuzzle’s Cube that is larger than van Deventer’s design. corenpuzzle reports that his Cube was also inspired by Matt Bahner’s “Yottaminx,” which previously held the title of the “highest order twisty puzzle ever created.”  Now, corenpuzzle’s own design is considered the “highest order end by end by end twisty puzzle ever made” and it has broken van Deventer’s own record, too.

Corenpuzzle’s Cube was 3D printed with a Prusa i3 3D printer — a “low end consumer 3D printer.” In fact, the designer states he built the puzzle with the intention of demonstrating how far consumer 3D printers have come in the past several years. It took him eight months to complete the Cube, which has an edge-length of 200 mm and 2,691 functioning parts. With this many parts, the number of possible position variations is almost incalculable!

After printing and assembly, corenpuzzle’s Cube initially came with some big problems mainly related to the inability to easily twist the puzzle. 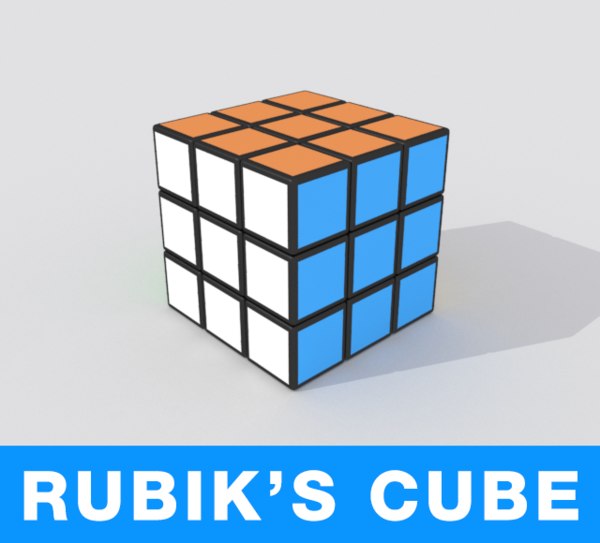 In fact, you can see here that in his first livestreamed attempt to twist the puzzle, the entire thing falls apart — ending in a disastrous pile of plastic pieces (see below photo)! Since then, he has posted better results on YouTube (see video below) that features accelerated footage of him more easily twisting the puzzle to create a checkerboard pattern. It took him 3 hours just to do that!

Corenpuzzle attributes early twisting problems to the lack of a strong puzzle core. After two fully-assembled puzzles fell apart on him, resulting in all of those pieces in one big pile, corenpuzzle was finally able to design a puzzle core strong enough to withstand any twisting motions. More than 869,00 people have viewed the video that demonstrates the puzzle’s record breaking qualities, and over at Thingiverse the puzzle has received 2,742 views and 694 downloads.

I am sure that this is not the last 3D designer who will attempt to break the Guinness World’s Record in this competitive category, and corenpuzzle has just raised the stakes a little higher with his 22 x 22 Rubik’s Cube design: a true sight to behold. Tell us your thoughts on this 3D printed puzzle in the 3D Printed Rubik’s Cube forum over at 3DPB.com.

Save your fingies and brainspace for bigger puzzles, let the CUBOTIno solve your Rubik’s cubes. Fun project from AndreaFavero on Instructables:

By excluding the self solving Rubik’s cubes, and the robots requiring modified cubes for gripping, this is one of the smallest Rubik’s cube robot I’ve seen so far.

The name of this robot is CUBOTino: Apart from the obvious CUbe+roBOT, “ino” is the italian prefix standing for small….. a “small” touch recalling my origins and the very small robot dimensions.

Credits to Mr. Kociemba, for his solver, and the python version he has made available to the comunity.

Each Friday is PiDay here at Adafruit! Be sure to check out our posts, tutorials and new Raspberry Pi related products. Adafruit has the largest and best selection of Raspberry Pi accessories and all the code & tutorials to get you up and running in no time!

Stop breadboarding and soldering – start making immediately! Adafruit’s Circuit Playground is jam-packed with LEDs, sensors, buttons, alligator clip pads and more. Build projects with Circuit Playground in a few minutes with the drag-and-drop MakeCode programming site, learn computer science using the CS Discoveries class on code.org, jump into CircuitPython to learn Python and hardware together, TinyGO, or even use the Arduino IDE. Circuit Playground Express is the newest and best Circuit Playground board, with support for CircuitPython, MakeCode, and Arduino. It has a powerful processor, 10 NeoPixels, mini speaker, InfraRed receive and transmit, two buttons, a switch, 14 alligator clip pads, and lots of sensors: capacitive touch, IR proximity, temperature, light, motion and sound. A whole wide world of electronics and coding is waiting for you, and it fits in the palm of your hand. 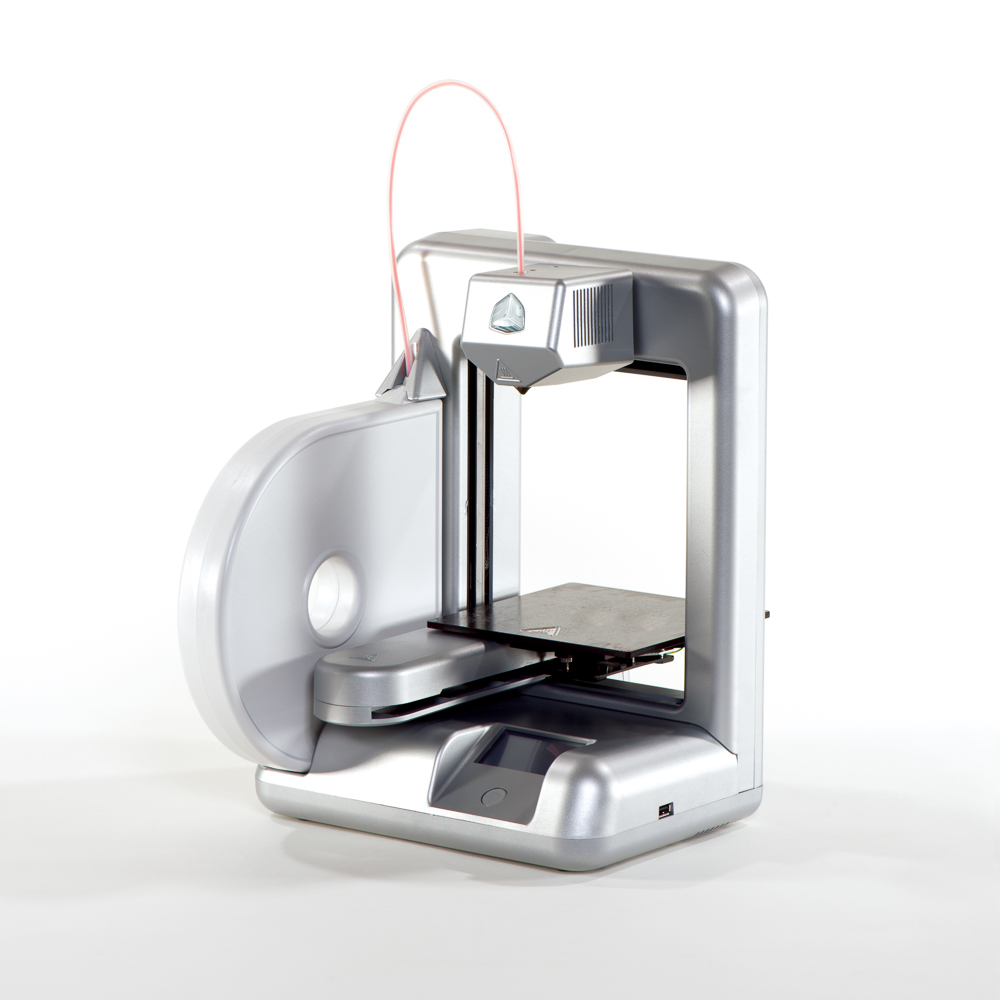 Join 35,000+ makers on Adafruit’s Discord channels and be part of the community! http://adafru.it/discord

Have an amazing project to share? The Electronics Show and Tell is every Wednesday at 7pm ET! To join, head over to YouTube and check out the show’s live chat – we’ll post the link there.

Join us every Wednesday night at 8pm ET for Ask an Engineer!

Wearables — This one’s for all the Cosplayers out there

Get the only spam-free daily newsletter about wearables, running a "maker business", electronic tips and more! Subscribe at AdafruitDaily. Sorry, the comment form is closed at this time.

3Dtoday is not just a community of 3D printing enthusiasts, but also an open gathering of talented young people aged 8 to 80 who can build a 3D printer out of a sewing machine, a cabinet and a handful of bearings. And all why? Because the employees of our department love to puzzle over the most complex and sometimes incomprehensible tasks. Well, how to entertain such an audience, at the same time tickling the interaural ganglion? How about a Rubik's Cube with thirty-three elements along each face?

The classic Rubik's Cube has nine squares per side, 54 in total. 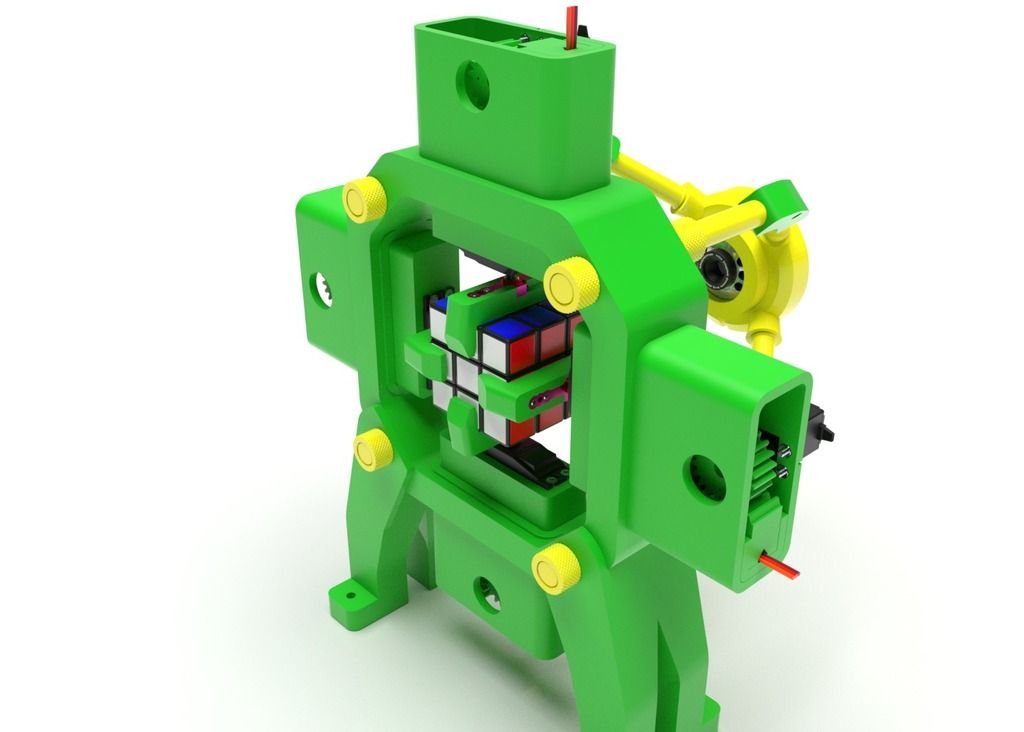 But this was not enough for the French engineer and maker Gregoire Pfennig. Having fired up a 3D printer, Grégoire printed a puzzle to the envy of all puzzles - a Rubik's cube with 6,543 elements - thirty-three along each face, 1,089 on each side.

Actually, this is not the first work of French talent: Gregoire even has his own brand and startup Greg's Puzzles, which creates puzzles for especially advanced geeks. Taking on the design of the super-dice, the maker immediately ran into a problem. The fact is that in an ordinary puzzle, the side length of each square is about a couple of centimeters, and if you simply scale and make a cube with similar proportions, then with thirty-three squares along each face it will not only be difficult to twist, but also problematic to simply lift. The original design had to be revised in favor of squares with a side length of about four millimeters. Plus rectangles around the contour. What for? To make everyone wonder. 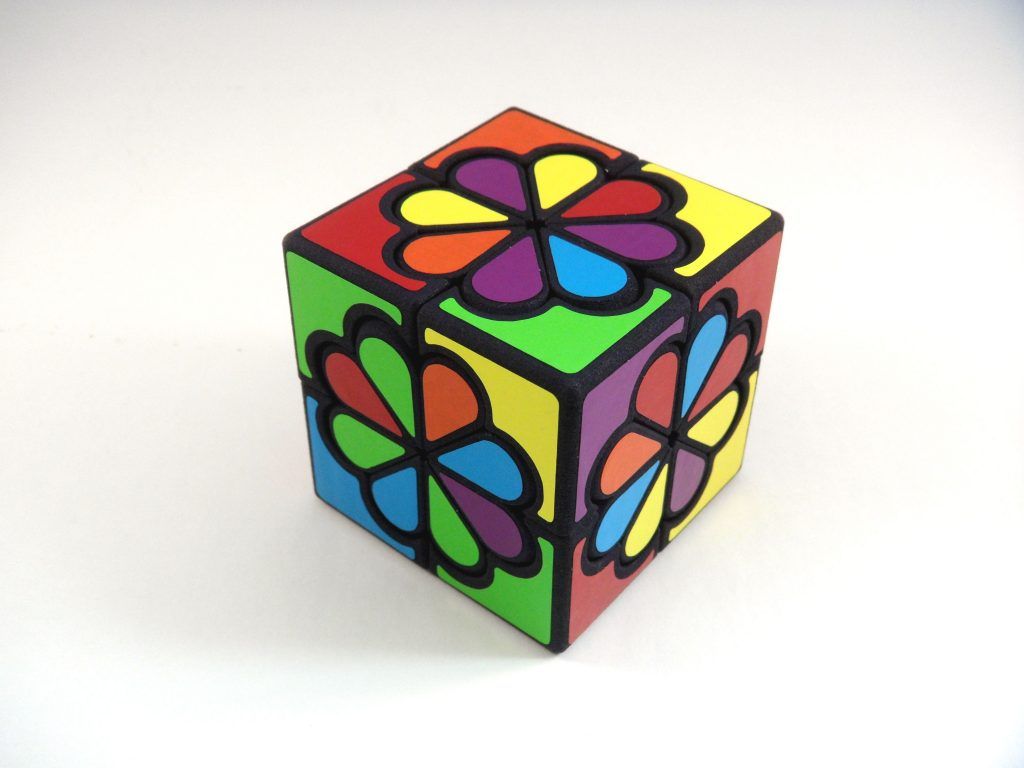 Alas and ah, but you won't be able to download the model, at least not yet. Gregoire generally releases his designs to the public, but so far he is offering the super cube ready-made through the Hungarian online retailer Oliver’s Stickers. Orders are processed individually on SLS 3D printers by the Dutch 3D printing office 3D Fabriek within three months. In general, nothing surprising, because it took more than two hundred hours to print and assemble the prototype. The record-breaking puzzle costs only €15,200. We dare to suggest that modeling and printing such a cube from scratch for many Tudeev residents may turn out to be a much more interesting puzzle than the cube itself.

Do you have interesting news? Share your developments with us, and we will tell the whole world about them! We are waiting for your ideas at [email protected] 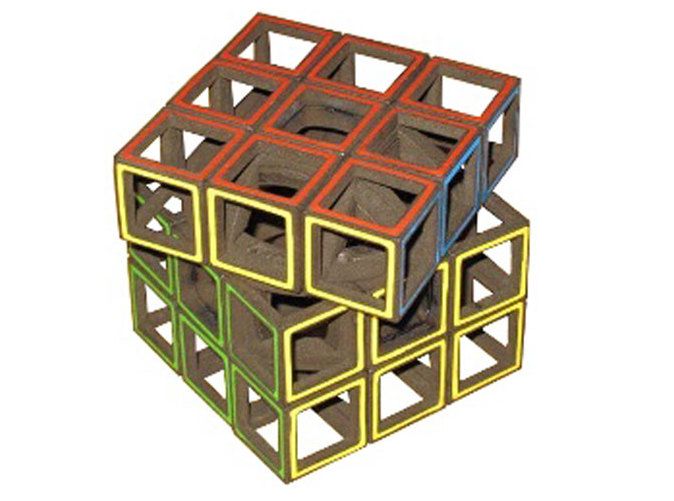 The new hotends are an addition to the Revo ecosystem offered since the beginning of this year - they are quickly replaceable...

The 3Dtoday portal, supported by Creality and Bestfilament, invites everyone to participate in. Various shapemodes and exclusive puzzles are very popular among speedcubers. And the puzzles released under the CCC brand have a double collection value. After all, we independently develop designs for them and create them manually in our laboratory using a 3D printer.

Each of the puzzles is unique in appearance and feel when assembled. Thanks to the layered printing, the surface of the puzzles is rough and pleasant to the touch. You will immediately distinguish our printed 3D puzzle from any other. And an additional pleasant bonus is the fact that you will find the CCC Store logo on each shapemode. 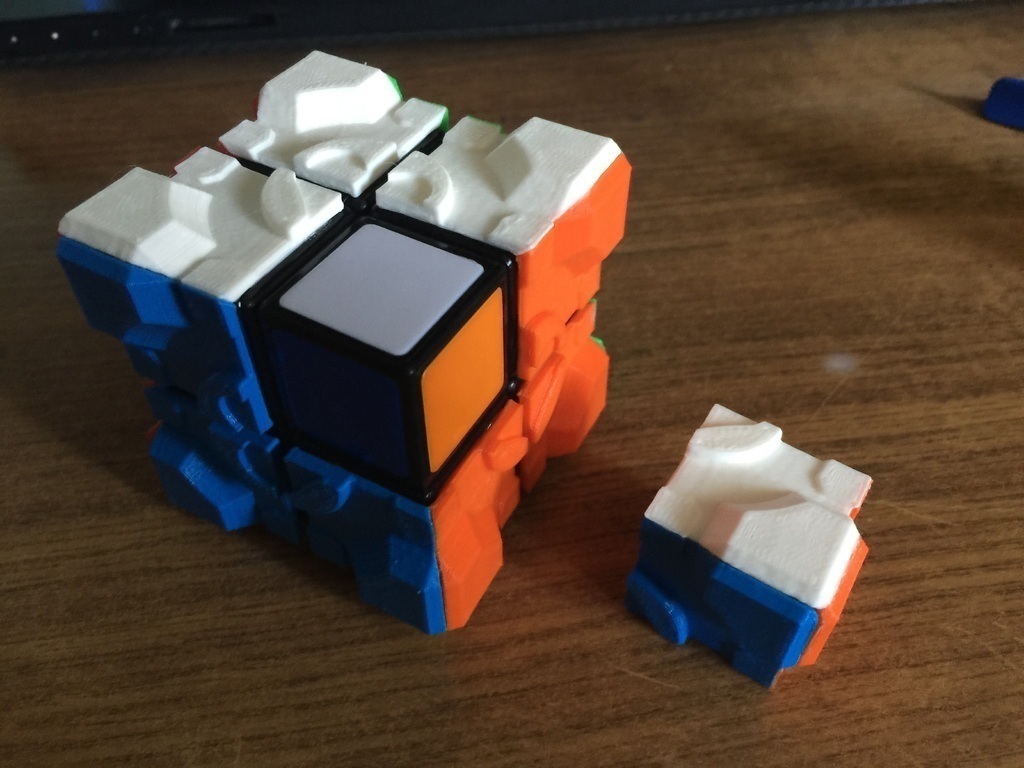 We will introduce you to three completely different 3D printed puzzles. 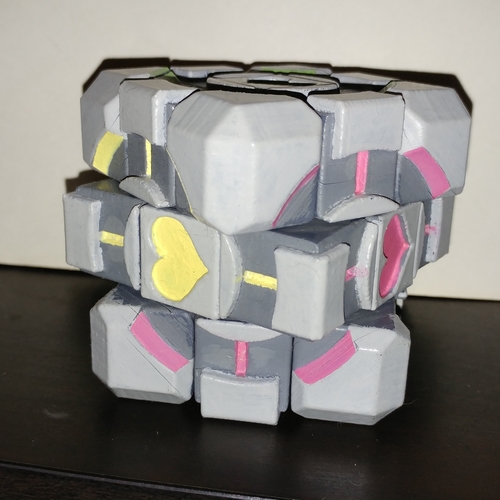 CCC 3x3x3 Bandage Cube 1 is an interesting puzzle game similar to 3x3x3. But some of the puzzle pieces are combined into one solid element. Because of this, some face rotations are not available to you and you will have to look for new solutions.

We chose very bright colors for the puzzle, which will help you better navigate the assembly. The inner surface of the puzzle is additionally processed and lubricated for smoother torsion. The cube rattles a little and gives unusual tactile sensations when interacting with it.

CCC 3x3x3 Bandage Cube 1 is perfect for getting to know bandage cubes and as a unique gift for every puzzle lover! 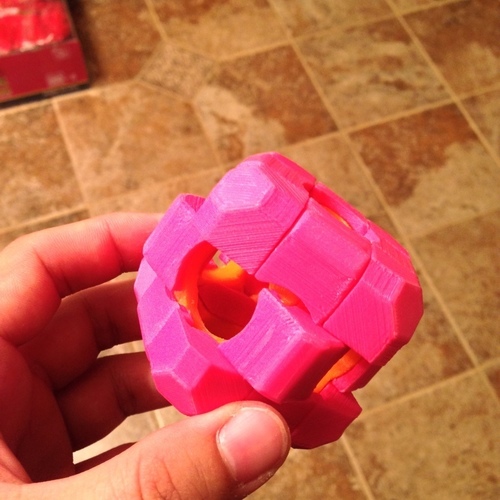 CCC Ghost Fisher Cube 3x3x3 is available in magnetic, regular and glow-in-the-dark plastic versions in various colors. Someone will like the brutal combination of red and black, and someone will like sunny orange.

CCC Ghost Fisher Cube 3x3x3 is a unique and original puzzle that not everyone can assemble. But if you like to break your head over difficult challenges, the puzzle will suit your taste and will be a wonderful addition to your collection. 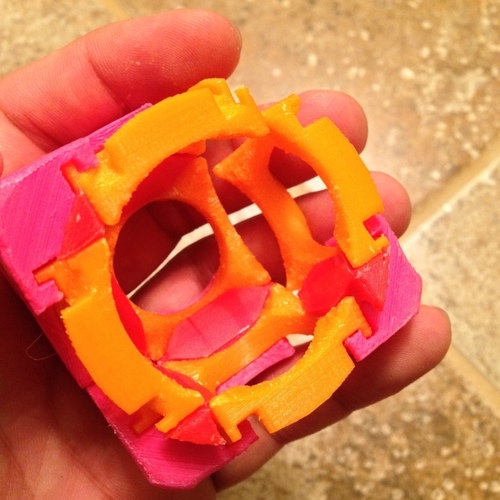