News: printing and packaging retailer The UPS Store has launched an in-store 3D printing service in six shops across the USA.

Stratasys, a leading manufacturer of 3D printers and production systems, has announced today that it is providing its 3D printing technology to The UPS Store, a subsidiary of United Parcel Service (UPS) of America that provides printing services and packaging materials in over 4700 shops in the US, Puerto Rico and Canada.

"The project is part of a test program by The UPS Store that will make it the first national retailer in the US to offer 3D printing service to entrepreneurs, architects, start-ups and other retail customers," Stratasys said.

As part of their pilot, The UPS Store will install Stratasys' uPrint SE Plus printers into six locations, starting in San Diego.  Customers will be able to bring a Computer Aided Design (CAD) file in to the participating stores and have their designs 3D-printed on-site.

This news comes only a month after UK electronics retailer Maplin became the first UK chain to sell a 3D printer aimed at the domestic market. In other news, NASA has approved the first 3D printer for use in space, which will be flown to the International Space Station [ISS] next year.

You can read more about the way 3D printing is changing the worlds of architecture, design, food and medicine in Print Shift, our one-off print-on-demand magazine all about additive manufacturing.

Image is by Stratasys.

Here's the press release from Stratasys:

Stratasys uPrint SE Plus systems will be used in pilot program. 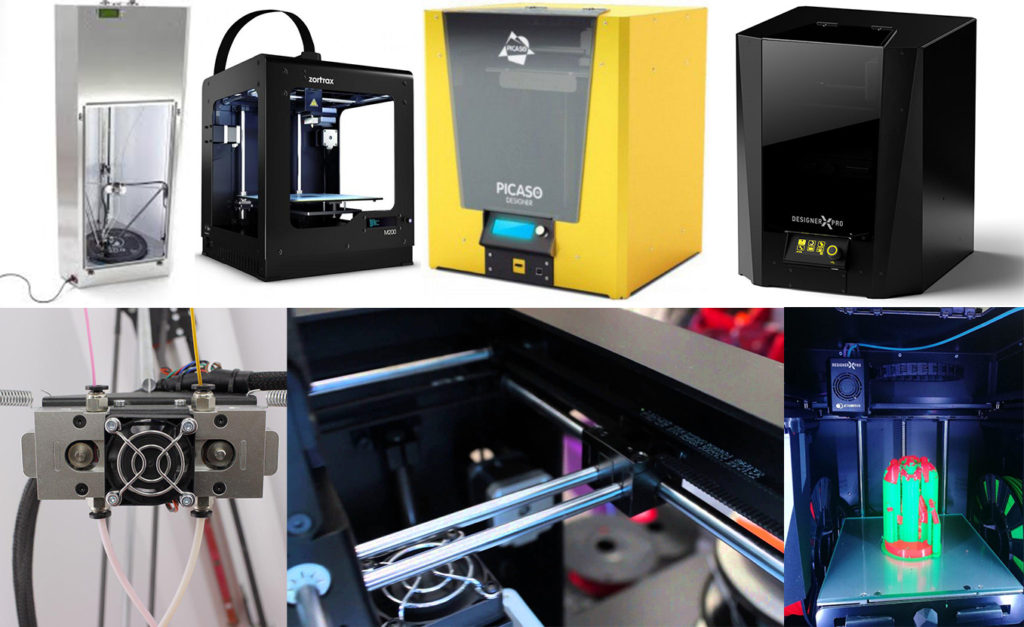 Stratasys, a leading manufacturer of 3D printers and production systems, today announced that it has been selected by The UPS Store to provide its 3D printing systems to The UPS Store as part of a test program that will make it the first national retailer in the U.S. to offer 3D printing service to entrepreneurs, architects, start-ups and other retail customers. This service will enable UPS Store customers to have their 3D design 3D printed on-site.

The test signals a collaborative effort by Stratasys and The UPS Store to make 3D printing accessible to small businesses as awareness of the technology and its capabilities grows. Stratasys 3D Printers can create on-demand, custom objects of virtually any complexity in a fast and simple process.

"3D printing technology is becoming increasingly accessible to a growing number of companies and consumers. Small businesses are beginning to realise how this revolutionary technology can help them to be more competitive," said Stratasys Executive Vice President, Jon Cobb. 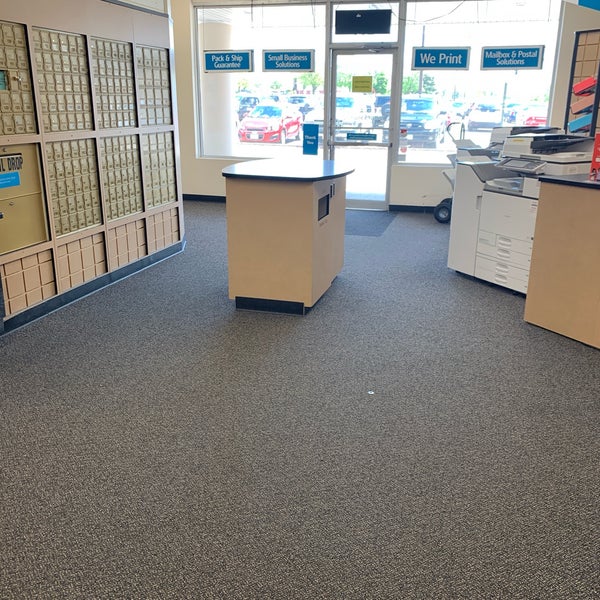 "The UPS Store and Stratasys share the vision of strengthening innovation and competitiveness by making 3D printing accessible to a growing number of users."

While the program is aimed at small businesses, it is open to anyone interested in trying out on-site 3D printing services. "After doing a lot of research, we went with the Stratasys uPrint, because it has a small footprint and is easy to operate," said The UPS Store small business technology leader, Daniel Remba.

Following the launch of the test, retail customers will be able to bring a Computer Aided Design (CAD) file to participating UPS Store locations and have their 3D design printed on-site.

Our most popular newsletter, formerly known as Dezeen Weekly. 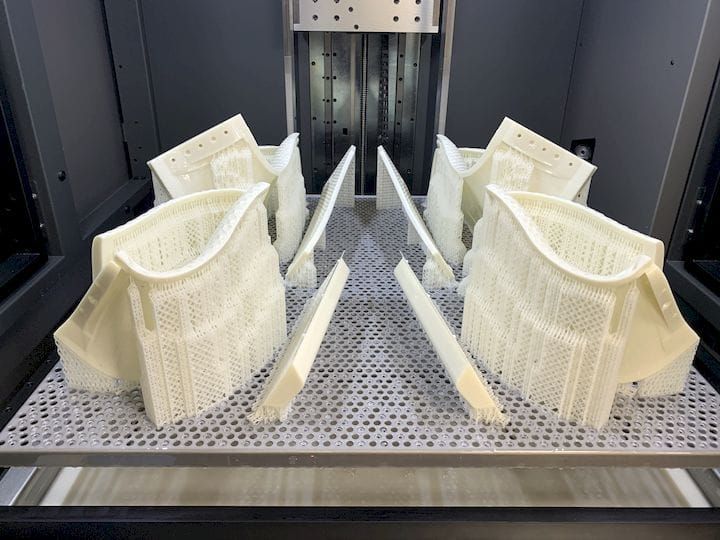 Sent every Thursday and featuring a selection of the best reader comments and most talked-about stories. Plus occasional updates on Dezeen’s services and breaking news.

Sent every Tuesday and containing a selection of the most important news highlights. Plus occasional updates on Dezeen’s services and breaking news.

A daily newsletter containing the latest stories from Dezeen.

Daily updates on the latest design and architecture vacancies advertised on Dezeen Jobs. Plus occasional news.

News about our Dezeen Awards programme, including entry deadlines and announcements. Plus occasional updates.

We will only use your email address to send you the newsletters you have requested. 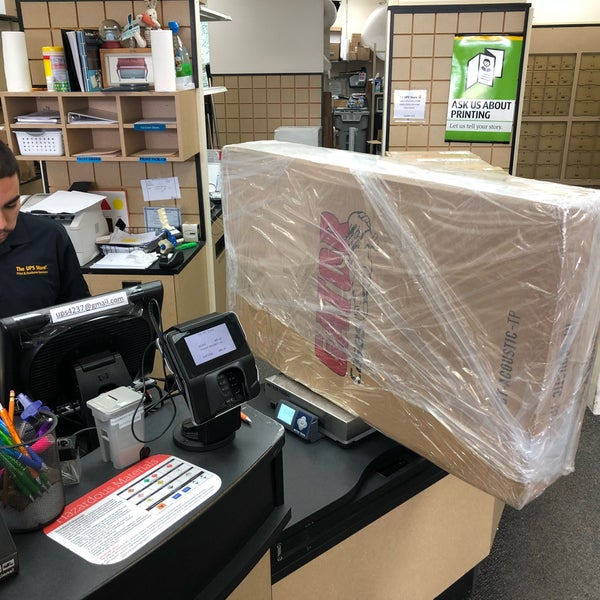 We will never give your details to anyone else without your consent. You can unsubscribe at any time by clicking on the unsubscribe link at the bottom of every email, or by emailing us at [email protected].

You will shortly receive a welcome email so please check your inbox.

You can unsubscribe at any time by clicking the link at the bottom of every newsletter.

3D printing is both really cool and oftentimes quite expensive, which is why companies like UPS offer 3D printing services to anyone with a compatible design file and the cash to pay for it. Select UPS Store locations began offering the service several months ago and recently expanded its reach to a further 100 stores.

Bringing a USB drive to your local UPS Store and asking them to conjure up the items contained within doesn’t come with the same level of freedom that owning your own 3D printer does, so of course UPS has some rules. 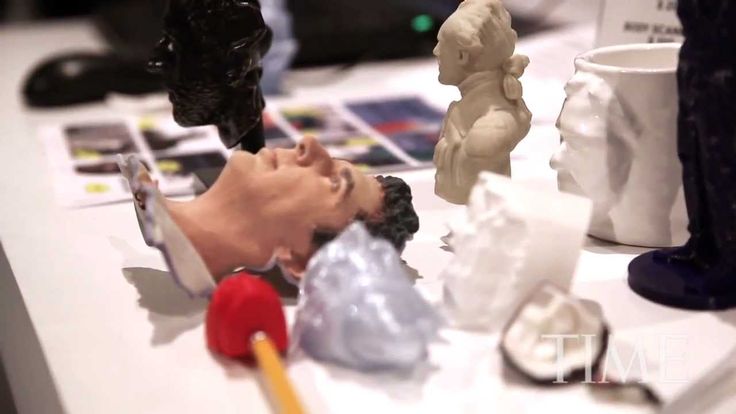 But what you are—and aren’t—allowed to print might surprise you.

The Daily Dot spoke with a UPS Store representative to get the lowdown on what’s banned and what isn’t, and as you might imagine, weapons were at the top of the prohibited items list. If you haven’t been keeping up on your 3D printing news lately, you should know that gun parts of all shapes and sizes are starting to take the industry by storm, but those bits and pieces aren’t allowed under UPS Store guidelines. The rules explicitly state that “guns, gun parts, gun receivers, etc” are banned.

Guns are one thing—and are probably the most obvious thing to disallow—but the prohibited weapons list takes an interesting and extremely detailed turn from there. For example, “Anything intended to be used directly or indirectly for nuclear weapons or nuclear-related activities or end-uses, including research, development, design, manufacture, testing, construction, operation, and maintenance,” is also banned from UPS Store printing. 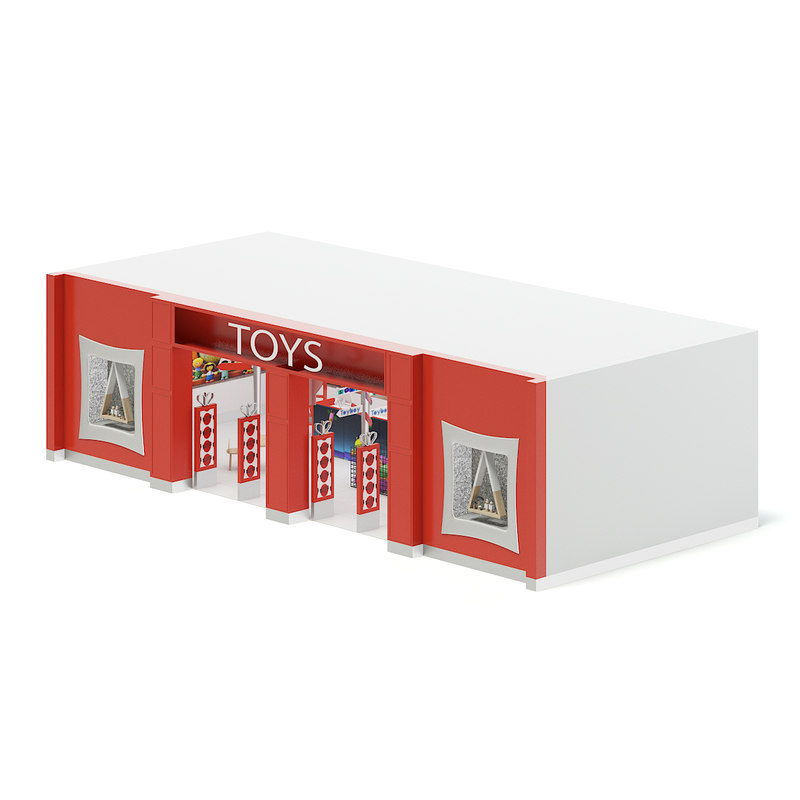 OK, so guns and nuclear weapons, that pretty much covers it, right? The list continues, “Anything intended to be used directly or indirectly for missile or rocket systems activities or end-uses, including design, development, production, testing or use of rocket systems (including ballistic missile systems, space launch vehicles and sounding rockets) or unmanned air vehicles (including cruise missile systems, target drones, and reconnaissance drones.” Good thing they added this because I always forget about missile systems and space vehicles!

We’re not done yet, as the list wraps up with “Anything intended to be used directly or indirectly for chemical or biological weapons activities or end-uses, including design, development, production, testing, or use.”

And of course the standard ban on any designed owned by a third party: “Any items protected by the intellectual property or other personal or proprietary rights of a third party, without express written consent from such third party; or anything for export. 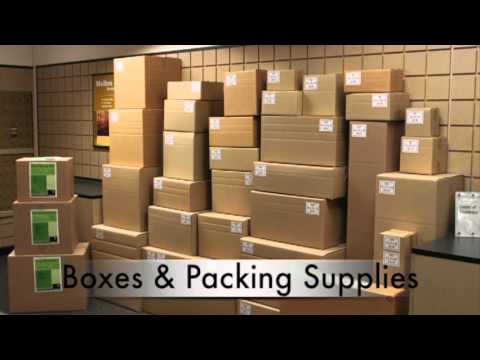 It’s an extremely interesting list—and not just for what’s included on it, but for what is left out. Namely, sex toys. The adult toy industry is seeing a bit of a boom in 3D printing, with entire websites dedicated to hosting free design files that you can turn into real-world sex toys, but are UPS Stores on board?

However, we were also told that each individual UPS Store owner could potentially place a ban on specific items, and if an item isn’t on the prohibited list, it’s ultimately up to each store owner on a case-by-case basis. It seems if you want that 3D-printed sex toy of your dreams you’ll have to venture in to a UPS Store and test your luck—as well as the open-mindedness of its employees. 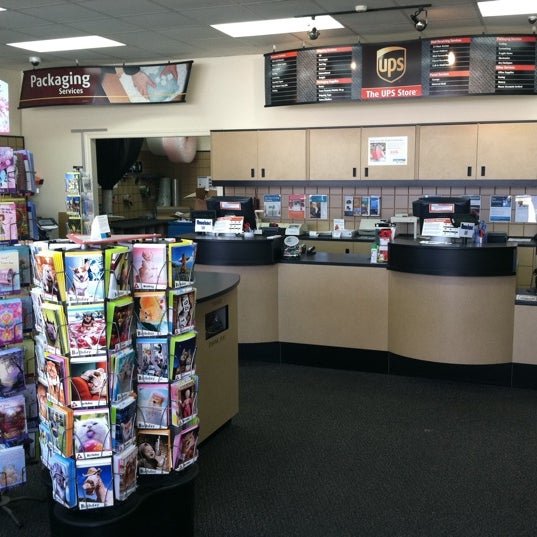 Photo via kakissel/Flickr (CC BY 2.0)

Mike Wehner is a former tech editor for the Daily Dot who now writes for BGR. His work has appeared everywhere from Yahoo to CNN, and there’s a good chance his Apple Watch is dead right now.

UPS for PC and 3D printer

Short-term (up to 5 minutes) interruptions occur almost every other day, and once a month there are interruptions for 30 minutes or more.

From the beginning, the IPPON SMART 1000 UPS worked with all this disgrace, but soon it could not stand it, taking with it two swollen and discharged batteries. There was a problem with swelling of the batteries before, the conditions are too "hard" for them in the "hot" UPS case. 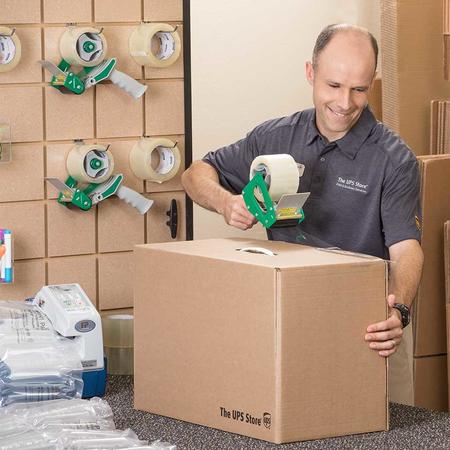 I interrupted my long agony of choice on an interesting subset of UPSs, the so-called "UPS for boilers". assembly 12V) or an old car battery. It is distinguished by compact dimensions of 146x205x113 mm and a weight of 2.9 kg, the use of an external battery and "limitless" duration of work on it. My record is 4:12 an hour. (with a short break / shutdown to replace the battery).

That is, in normal mode, the UPS is located on a table shelf with a compact battery, and in case of long interruptions, it is transferred to a car battery on a checkable balcony and feeds the necessary consumers along a 20 m extension cord.

This was the plan of use, but life has made adjustments. The velo batteries turned out to be very tenacious at my max 80W load (4K-32 monitor, working PC G5420 + SSD and phone with a lamp), they last more than 2 hours, until the UPS considers them discharged. Car battery (5 years on the car), holds no more than 30 minutes.

CyberPower turned out to be a very thoughtful device:

1) very quiet in standby mode (mains operation), once a week it turns on (fan noise) test or just recharges the battery for a couple of minutes and that's it. 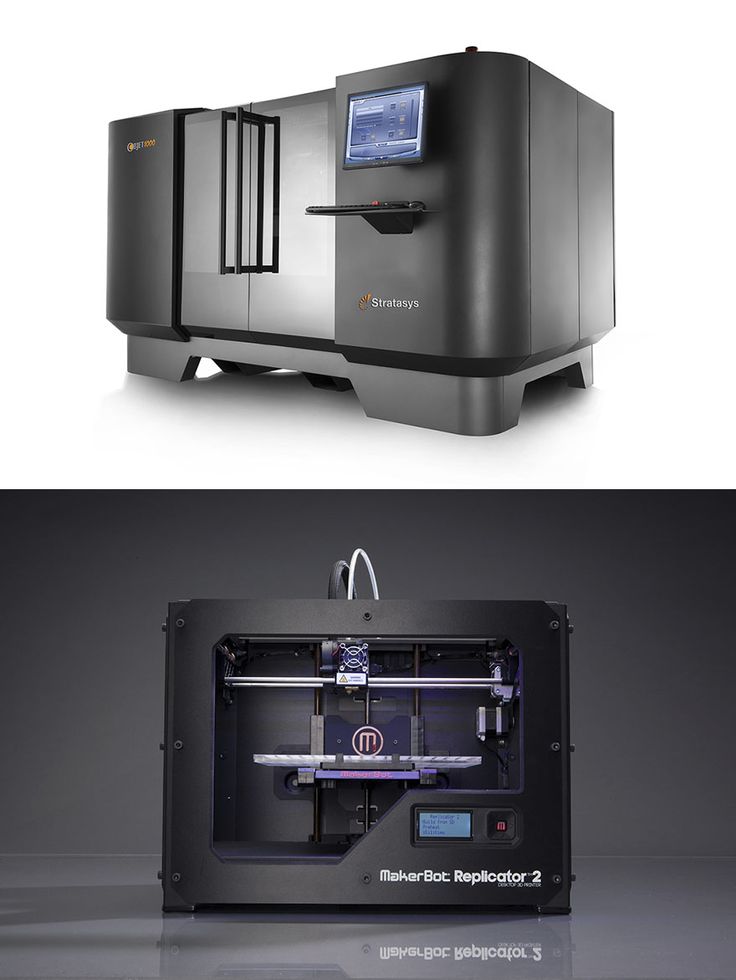 2) Yes, the 120mm fan is loud when charging or discharging, but this is the least of the problems when there is no light around.

3) Charges the battery with a current of 4A and since the fan blows quite strongly in charge / discharge mode, I put the battery behind the fan and it cools perfectly in critical operating modes.

4) Compact size, easy to store on a shelf or carry.

And of course, that in addition to a PC, I connected my mini 3D printer to this miracle device. It does not yet have a heated table, and it does not consume very much, and the UPS eliminates the time-consuming operations to restore printing after a power loss.

It's been exactly a year since Santa Claus brought this wonderful device, for those who choose a UPS for themselves, I recommend paying attention to this class of devices.

P.S. The PC and printer are fine with switching to battery operation, but the unnamed LED lamp begins to flicker noticeably, you need to look at its power supply, but for now I just turn it off. 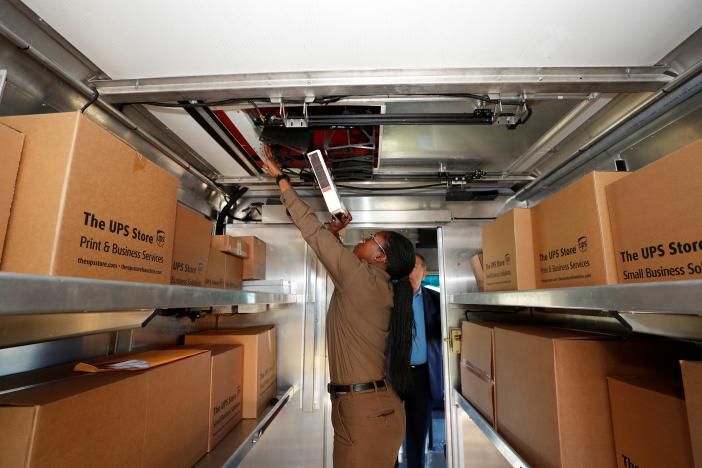 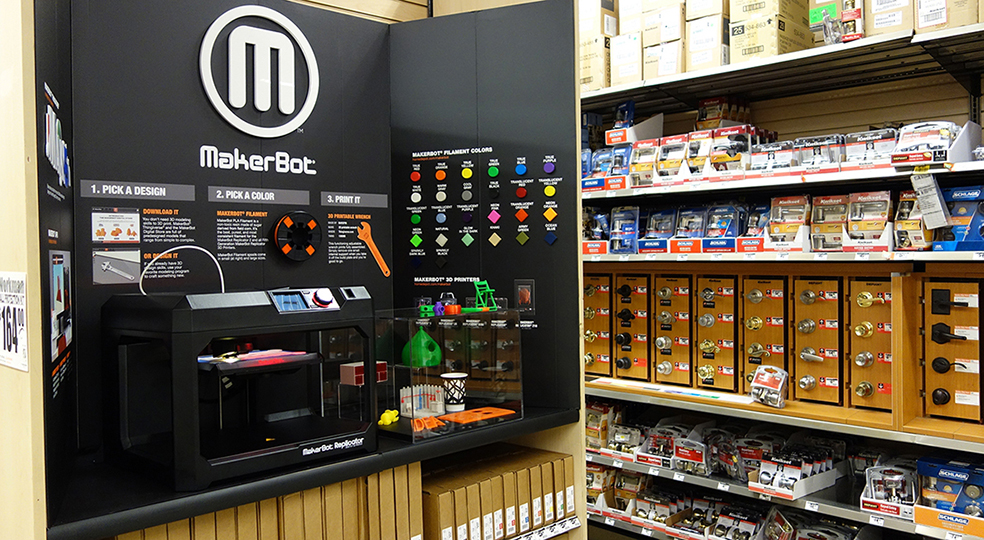 I don't really know how to model, but the idea came a long time ago, as I could, I modeled, printed, installed, it works ... 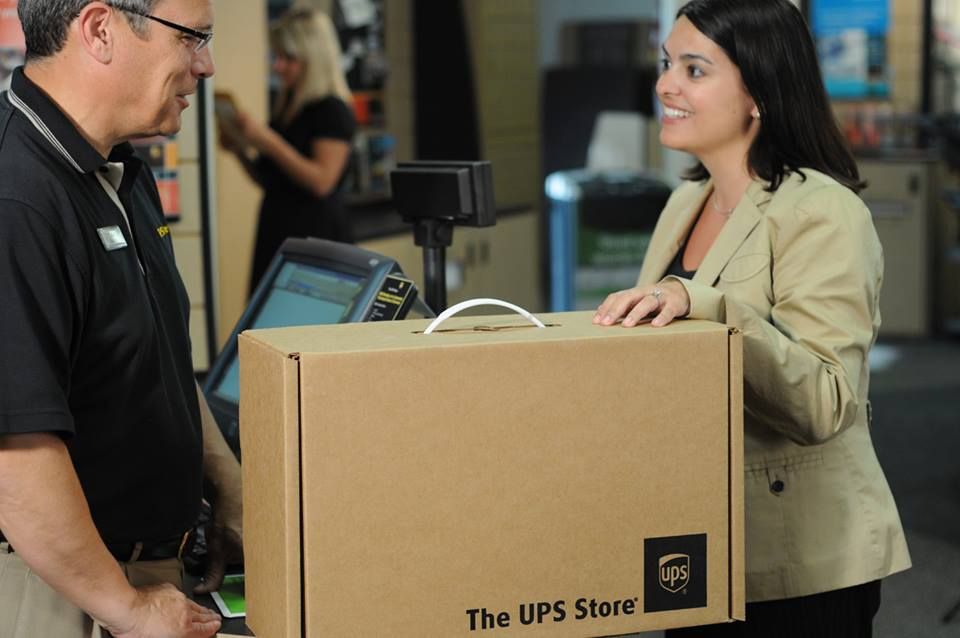